Leading recommerce retailer receives investment to support their working capital requirements and expansion in the US market. 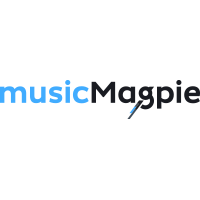 musicMagpie (group) is a leading recommerce retailer which specialises in refurbished consumer technology, disc media and books. The business, which operates in the UK and US, now generates over £150m a year in revenue and has grown to employ more than 750 people in both locales.

The company was founded in 2007 by its current Group Chief Executive, Steve Oliver, and Chief Operating Officer, Walter Gleeson.

FDC backed musicMagpie in March 2018 with a multi-million-pound investment to support their working capital requirements and expansion in the US market, which has proved highly successful and the business has grown by 25% in its turnover whilst expanding its EBITDA significantly during this time.

Read about their successful exit here

Find out more details about the FDC Fund used to support this transaction and its key features .
Find out more

For more information about this deal, connect and contact our Investment Director who headed up this deal.
Our Team